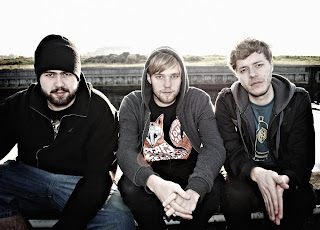 For Fans Of: Maserati, Stage Kids, Dios Trio
Genres: Math Rock, Post-rock, Instrumental
Spotify: Facebook
Preview:
Town Portal is a relatively new band from Copenhagen. The trio mixed this six-track EP themselves last summer, with the help of the mighty Carl Amburn (Russian Circles, Self-Evident, Riddle of Steel, etc.) Here's a litte description they were kind enough to send to us:

"Town Portal play instrumental rock that crosses borders of genres. Tapping on experience from earlier endeavors in genres like death metal, shoegaze and math rock, the three members bring components of it all into a melting pot, creating a unique niche of original melodies and harmonies, fixated on a skeleton of complex and playful rhythm structures. Under the dogma of forsaking vocals and other superfluous effects, the band throw themselves into a search of new meaningful ways to compose tones over time, with a heavy and dry precision.

After a European tour in 2010 and a minor row of Danish shows, they released their debut EP entitled Vacuum Horror in late 2011. The EP was followed up by another European tour in the beginning of 2012. In Denmark the EP was praised in several large- and small scale magazines, and the opening track Rosini is currently in rotation on national Danish radio, DR P6. A surprising outcome for an instrumental band, with its roots heavily planted in the DIY scenes ethics and methods. At the moment they’re preparing the recording of their debut album set to be released later this year."

Looking forward to that debut full-length! 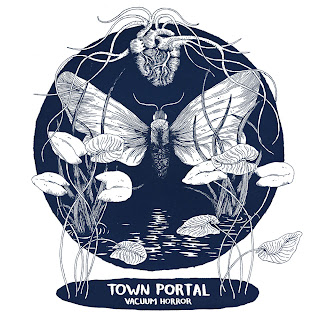