You drive when you're high, and it feels like you're flying.

Sound familiar to anybody?  Right?

Anyways, I really wanted to help these guys with a Michigan show back in August on their tour.  I tried everybody I could in Grand Rapids, Kalamazoo, Ann Arbor, and Detroit.  People were either "busy" or never responded.  I hope those people come to this post and kick themselves in the asses for not getting a show for these guys and more importantly, not getting to see them.  Then hopefully when they tour again, it will be a lot easier to get something set up for these guys.


"JJ DOOM, the collaboration between DOOM (formerly MF DOOM) and producer/rapper Jneiro Jarel, are will release their full-length, Key to the Kuffs.... Now, you can hear finally hear what the Damon Albarn collaboration "Bite the Thong" sounds like. (As well as collaborations with Portishead's Beth Gibbons and Goodie Mob's Khujo Goodie, plus a new version of "Retarded Fren", DOOM's collaboration with Thom Yorke and Jonny Greenwood.)"
-Pitchfork.com

For all the generic, garbage hip-hop nowadays, there are still go-to guys like DOOM that make you realize that you just got used to the lingering smell of shit, but it's still shit.  I shouldn't have to write a long thing about this, just give it a few listens.  If you want some really great analysis, here is a great review.  I'm lazy and have homework I should be doing.


Cloudkicker consistently puts out great albums.  That is what you tend to get when you have a talented one man show that can put everything together on his own.  Sure, playing with other people has the perks of adding up people's different styles and perspectives together, but Ben Sharp seems to have enough styles/perspectives in his own head to make up for that.

Last year's Let Yourself Be Huge saw Cloudkicker get dialed back a little bit, it was less heavy but still great.  This newest album so far seems to be the best of both worlds again.  And like always, he provides the digital downloads for free. 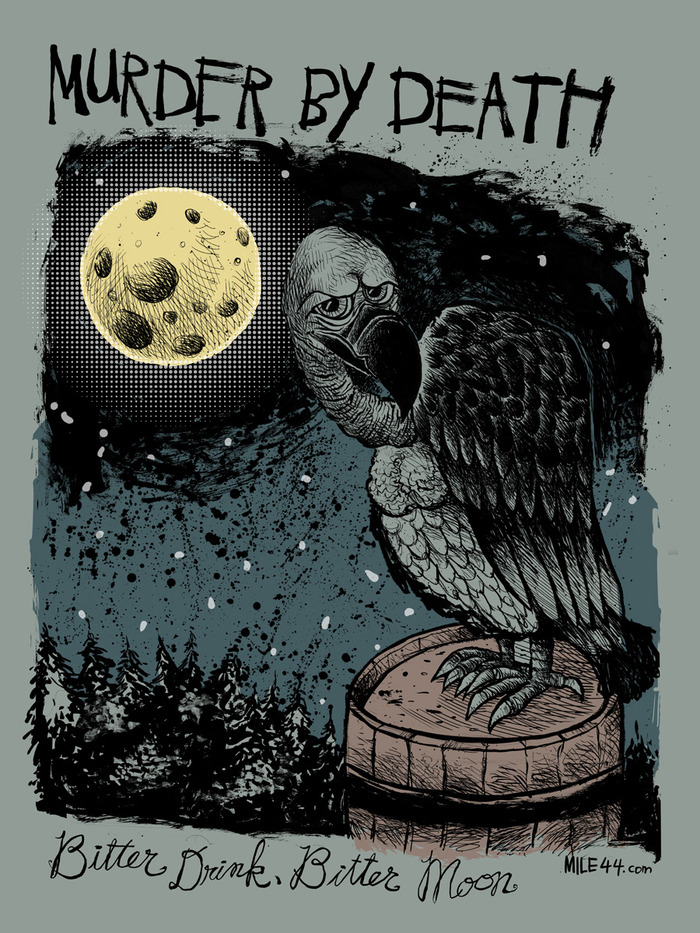 
It's funny that I would rediscover my love for In Bocca Al Lupo, and then days later find out Murder by Death had just released a new album literally...today!  I already know I like this album, but I am not really sure how much.  While Bocca had a old western feel with tales of sin and punishment, this album seems more modern.  There is still the low Johnny Cash-esque voice, but the music is less folky and more indie rock than Bocca.  I can already tell that these songs are just as sing alongable as ever.  I would like to marinate with this album some more, but due to time constraints, I am forcing you to take this journey with me.

ALSO, it seems they did a kickstarter to do a special vinyl release.  I was wondering why a band that already seems so well-established would need donations for a vinyl release, but after seeing the scope and effort put into the release, I am just in awe.  As someone who is striving to tap into the potential of physical releases besides a jacket and a colored record, the concept and extras included in this are inspiring.  They ended up getting nearly $200,000 dollars from Kickstarter donations.  Insane.  These guys went all out with this record, the music sounds great, the physical release is unprecedented, and the prizes for pledging donations are unique (Go on a Bourbon Whiskey Tour with the band, plane ticket to Cedar Point to ride rollercoasters all day with the band, choosing a tattoo design for members of the band etc etc).  The special edition vinyl includes: 180 gram moon colored vinyl in a die cut jacket with vellum interior sleeves. You can shine a light through it and it looks all pretty! Comes with a reversible zoetrope (which is an old fashioned animation you can set up on your record player) and an MBD Japanese-style globe light.  The zoetrope idea that you put on your record player is something that I wish I had thought of.  UGH. 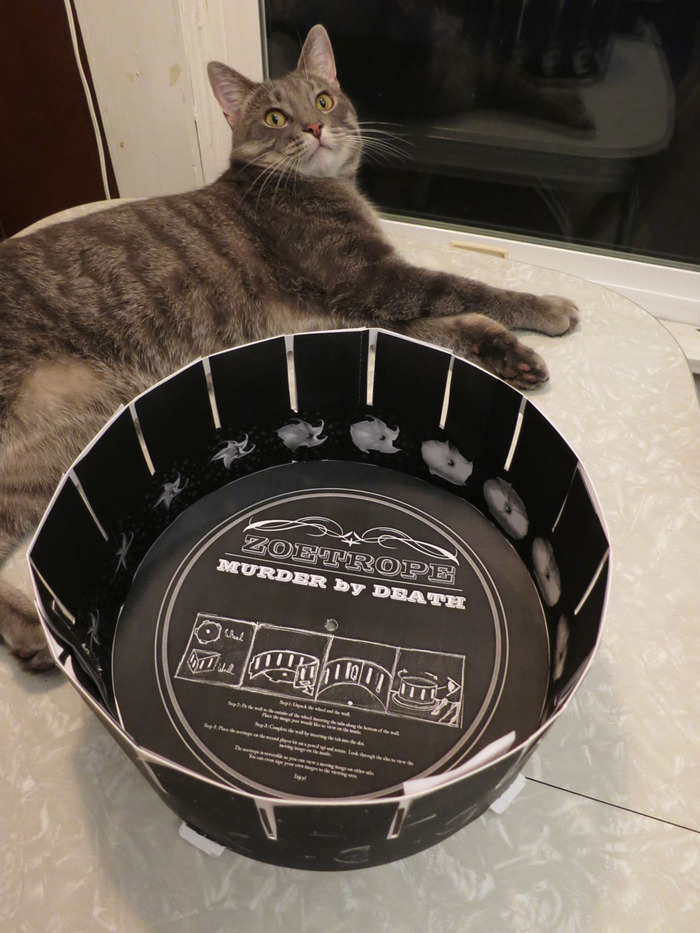 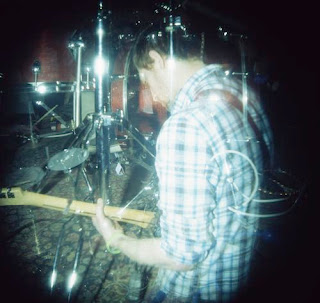 
You know, since I got busy with all the other stuff, I have been really out of the loop with new releases.  I happened to look into my old sources for new releases and found so much music that I want to listen to.  I have a couple hours between class and work, so I figure I would get some new stuff up here.

I was familiar of these guys through their split with TWIABP.  I listened to their side a couple times but really didn't get too focused on it.  I am really glad I took the time to immerse myself in this LP.  I have been noticing a recent influx of traffic heading towards the defunct Six Gallery album, and as it just so happens, there are many aspects to that album that I immediately recognize in this one.  The vocals especially are similar (along with Moving Mountains circa Pneuma) , they are clear and epic at times, swelling and climaxing with the post-rock music.

Hey people!  I have been pretty busy with school, work, and the You'll Live release, so it's been hard keeping up on this.  Here is a neat instrumental Japanese band that I have gotten into lately.  Probably old news to a bunch of you, but if not, check these guys out.  Just something to tie you guys over until I have more time.

Email ThisBlogThis!Share to TwitterShare to FacebookShare to Pinterest
Labels: A Picture of Her, Emo, Indie, Math Rock, Post-rock 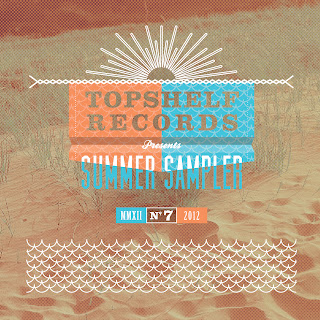 Not everyone has/uses a Twitter (including myself), so I figure I would make this available to those that can't access it and don't feel like making a Twitter account.  There is a shitload of bands on this compilation including some in our family: You'll Live and Peace Be Still.

If you want to know what you're in for, here is the track listing.  I'm giving you two options to get your hands on this.

or use up our bandwith on our label site.
Posted by Poo at 3:29 PM No comments: 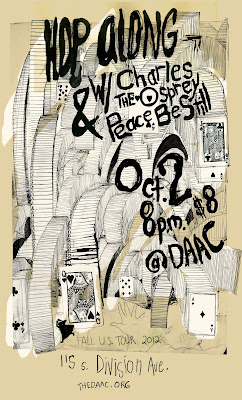 Hey guys, if you are in or around Grand Rapids, you should definitely check out this show I helped set up.  It will be the first time Peace Be Still play in Michigan; it should be a fun night!  If you are going you can RSVP here.

Also, if you live in Chicago, Indianapolis, Columbus or anywhere around the midwest, PBS is trying to get some dates around this show to make a little tour out of it.  If you want to host them in your basement or just help out, send an e-mail: sometimesigetdrunk@hotmail.com

If you aren't around Grand Rapids, then you will be happy to know Hop Along has just started on their full U.S. tour culminating in their Fest debut!  If they are coming to your town check 'em out, they rock!
Posted by Poo at 10:02 AM No comments:

Email ThisBlogThis!Share to TwitterShare to FacebookShare to Pinterest
Labels: Hop Along, Peace Be Still

Italy is a place with many kinds of pasta.  There have also been noodle-y bands popping up there as well.  Coincidence? Who knows, I'm just trying to start off with some kind of anecdote like usual.

All seriousness, this demo is rough around the edges, but has some really entertaining music and I see a lot of potential here.  I am still trying to figure out if they are a Joe DiMaggio reference, or Dimaggio means something else in italian.  The first picture makes it seem like it's the first option.

Hey guys, in about an hour it's going to be Sept 3, and I should be putting up the You'll Live preorders then. The first 10 people will receive a free Peace Be Still LP with their order. The weird jacket thing will be very limited. EUROPEAN SHOPPERS: The preorders will go up around 8 am UK time (GMST?) which is like 3 hours after I put my mine up. They will also have jacket special jacket preorder options.

Go to the record site for more details?
Posted by Poo at 11:08 PM No comments: