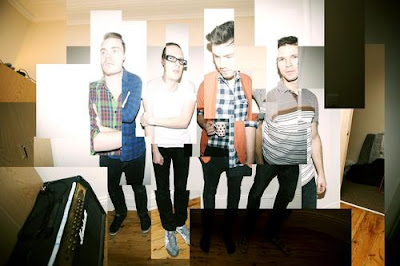 The Cast of Cheers (A four-piece Adebisi Shank-esque band hailing from Dublin that Poo describes as "spazzy, dancy electronica math rock driven by persistent thumping bass and snare drum") has released a new single, and it is now available for pre-order on 7" vinyl at Rough Trade. The release is set for Feb 20th, and it also features a shiny new previously unheard b-side, "Loose Talk At A Party", on the flipside. Check out the cool video:

If you haven't heard of these guys yet, I suggest heading over here to read up on them and get your hands on the 2010 release. You will be happy you did.