This reminds me so much of Solids, who also happen to be from Montreal like this band.  I would have to say these guys are a bit more raw than Solids, and have less of a poppy feel (more yelling, less singing).  A lot of their artwork is done by Jonathan Robert. I have been browsing his stuff and I really like this guy's style.  I also really like this band's style.  Seacrest, out.


I was just listening to Anomie by Animal Faces on the way from class back to my car, and as I listen to this album, I get a really similar feel.  Anomie is one of my favorite albums so far this year, so I have a feeling this may leave quite an impression on me.  This album was engineered by a guy from Capsule, so you already know the production is going to be tight.

The album cover reminds me of more recent Suicide Machines album covers (War Profiteering, A Match and Some Gasoline) with the not-so-subtle political implications.  This is a fun one. 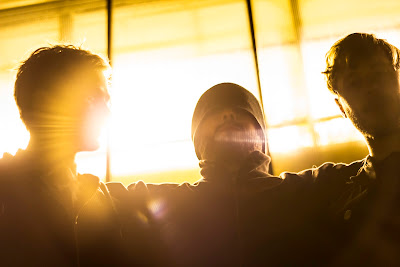 
Some really great stuff from this instrumental band from Denmark.  They got the mathy-ness, the heaviness and the softness.  Lots of transitions between odd key and time signatures.  I have a lot of submissions and stuff to go thru so I am going to keep this one pretty short.  If you like You Slut!'s Medium Bastard from earlier this year, you will probably really dig this.

Until the Quiet Comes by Flying Lotus (2012) 
I think that video preview is enough, but the phrase "feat. Thom Yorke" in the track listing should also be pretty convincing. An Obscure Moon Lighting an Obscure World by Glocca Morra (2012)

These guys have been known for not taking themselves seriously, and this EP has carefree all over it.  The twinkle genre is getting older/less original by the minute, and good for them for wanting to get away from that niche.  This is a nice balance between the raw/dissonant feel of their last EP and the catchyness/great transitions and riffs of Just Married.  There are some parts on here that I think is some of the best stuff they have done to date.  But which do I like better overall?  I think I will sort that out with the end of the year lists. 
Be forewarned, if you hate Adebisi Shank, then you will most likely hate this band.  This is the debut solo album for the guitarist of said band.  It's a mathy electronic mess, and you can definitely hear what he lends to his band Adebisi Shank, which is...a lot.  There are even recognizable melodies from Adebisi albums integrated in this EP. 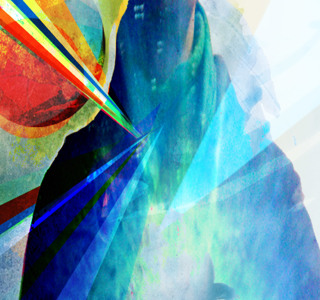 I know this may be way off from some people, but if you have any interest in jazz at all, you should delve into Blue Note Records Spotify app.  The amount of streaming music to explore is overwhelming, which makes it both good and bad for studying/homework.  Good, in that you can just let the music go and put your head down and grind away.  Bad, in that I constantly want to go back and look for more stuff instead of focus on my work.  Guess which I am doing now.

Yeah, it's not really and album or a download, but it is a shitload of awesome music at your fingertips.  Enjoy?

A Plethora of News! Hey guys, wanna throw some things at you.

1)  Peace Be Still is going to be visiting the United States for a couple dates. They have a show in Grand Rapids tomorrow with Hop Along and Charles the Osprey, and a free one in Chicago the next day at the Livewire Lounge.

2)  Everything is on track with the You'll Live release.  We should have them ready to ship in about three weeks

3) State Lines is going on tour soon, and they want people in the areas they are hitting up to listen to their new album beforehand.  They are being proactive so they get as many people out as possible, which is smart.  Their EP via Tiny Engines is rad anyways, so it's a win win.  As far as I know, they are coming to Michigan and the surrounding areas sometime in January, so be on the lookout for that.

4) I've been meaning to do this for awhile, but I haven't gotten around to it until now.  My sister has a webcomic that deals with her and her partners journey in being a same sex couple and their pursuit of having a child.  I am pretty excited that I am going to be an uncle (I also feel somewhat old).  I am very proud of what she is doing.  Her comic is on tumblr, so you can follow her there.