Tunnel Blanket by This WIll Destroy You (2011) 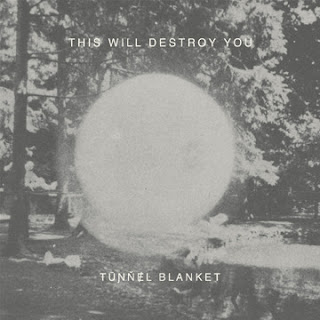 "This Will Destroy You was formed by guitarists Chris King and Jeremy Galindo, bassist Raymond Brown and drummer Andrew Miller in San Marcos, Texas, in 2005. They had met through mutual friends, and played together in various different bands throughout high school, before the line-up was finalised by around 2002. Early iterations of the band experimented with vocals, sung by Galindo, but after recording some tracks they decided the results were “awful” and didn’t fit in with the rest of their music. The band then tried writing different tracks, one of which was instrumental. Chris King said in an interview with BBC Northern Ireland, “we were … writing different kinds of songs and we wrote one [instrumental] song, and we were like, that works, lets go for it!” The band took it’s name from an early song that they were originally going to call “This Will Destroy You”, but this was rejected for being too pretentious. The band found the name “hilarious”. When asked whether he wished the band had chosen a different name, King said to Rock Sound, “It’s supposed to be a little bit obnoxious. There’s something about people automatically hating you before you play that’s kind of endearing. It gets to the point where it’s over-the-top obnoxious. It’s an attention-grabber and people will check it out I guess. Even if they hate it.”
-Last.fm

This is borderline doom, but not enough for me to say it is.  Definitely drone and post-rock.  I am not reviewing shit today, just wanted to throw some stuff up here.

Email ThisBlogThis!Share to TwitterShare to FacebookShare to Pinterest
Labels: Ambient, Drone, Post-rock, This Will Destroy You