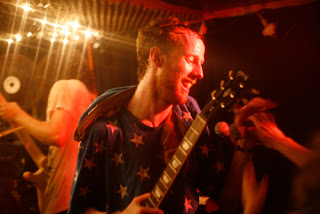 
Summer is now upon us, and this was my summer album from last year for sure.  I began following these guys through Sargent House (great label/collaboration).   There are three guitarists, a bass player and drummer.  One of the guitarists is formerly from Daughters, but they don't sound anything like Daughters.  The music they make is incredibly catchy; it's basically really epic, melodic rock/guitar riffs/harmonizations.  It has the power and production that immediately reminded me of Andrew WK (oddly enough, I would find out later he guest starred on a song on one of their 7 inches).  There aren't really many vocals, but when there are they usually play a supporting roll.  I got the chance to finally see these guys a few months ago after listening to them for awhile before that.  Their live set is just as epic as their music puts off.  The following video doesn't really do their sound/live set justice because they usually have a lot of lights and visuals, but here is a bunch of 5 year olds rocking out to them: 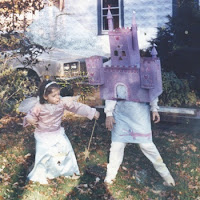