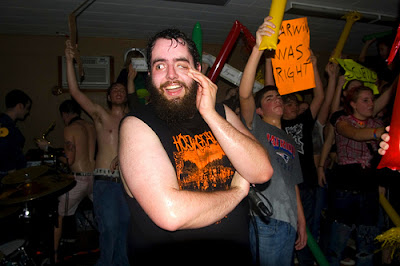 Here is another band that I have a little history with.  Believe it or not, I used to play trombone in a ska/punk band in high school.  Needless to say, I used to listen to a lot of ska.  I still do on occasion, but not like I used to.  This is one of the "ska" bands I used to love going to see.  They put on extremely energetic live shows, and are beloved on the east coast, where they generally bring a sell out crowd each time they play.  After my ska band became defunct, I was looking at other opportunities.  At around that same time I found out the Flaming Tsunamis were looking for a trombone player.  I learned a couple of their songs and played a few shows with them around the Michigan area while they were on tour.  They even stayed in my mom's condo one night, and we had a pretty good time.  Anyways, things didn't pan out; they were looking more for someone with touring experience and willing to fully commit to a band.  I was just entering nursing school, so I couldn't just drop out and risk it all on a band.  It's a good thing things didn't work out; their new album "Externalities" is likely to be their last.  It hasn't leaked yet, but I would like to share with you two out of their previous three albums which are probably unlike anything you've heard.  Robots vs. Zombies is when they were really starting to find their sound; some songs are corny in a good way.  I would recommend Fear Everything even more because I think it's their strongest effort that features catchy melodies, intricate rhythms, and devastating breakdowns.  You can also preview their new album "Externalities" which sounds like it will be their best album yet.  Great musicians, great people. 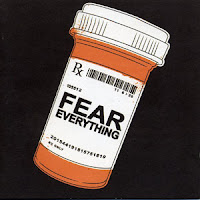