Kind of Like: The Avalanches, A Tribe Called Quest, The Roots
Genres: Hip-hop, Jazz, Electronica

"Jun Seba (瀬葉淳) (February 7, 1974-February 26, 2010) was a Japanese hip-hop music producer who recorded under the name Nujabes (new-jah-behz; which is simply his real name spelled backwards). His music is known for a strong cool jazz influence, frequently using samples from artists like Miles Davis and Yusef Lateef.


He was also an owner of “tribe”, a record store in Shibuya, Tokyo, and led indie record label Hyde-Out Productions. He released two albums in Japan, Metaphorical Music in 2003 and Modal Soul in 2005. He was also a member of the production duo Urbanforest, an experimental collaboration with Nao Tokui (appearing on the Lady Brown 12”)."
-Last.fm 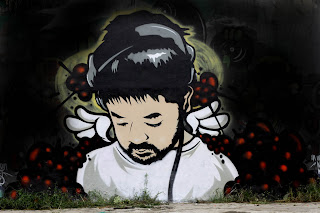 This artist was suggested to be played during our radio show last week, and after looking into him more I saw that this album was just released post-humously as his last album.  Apparently, he passed away in 2010 after being involved in a car accident.  He was only 36 years old.  His use of jazz is great, and I can already tell that he was and will be incredibly influential internationally as a hip-hop producer.  If you know someone or are someone that has a hard time finding beauty and talent in the hip-hop genre, turn off the radio and give this a listen instead.  As someone that loves jazz music and hip-hop, this is a great find.  But if you only enjoy one so far, this may get you into the other genre as well.

Fans of Nujabes were worried with this release.  It was announced shortly after his sudden death that there were still material in the vaults, but as the months turned into years before they were released people began to worry.  Was the material incomplete?  Would the next album be a shitty tribute album?  Were they waiting to find artists to rap over the material?  But most people are buzzing that although this isn't his best work, that even his lesser work puts most artist's best work to shame.  And that this album is getting great reviews helps as well, and has people on it that Nujabes collaborated with for years. 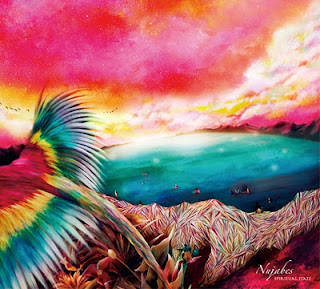