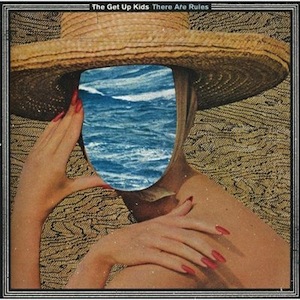 I'm really not sure how I feel about this album.  First off, if you were expecting the band to go back and remake an album like Something To Write Home About, you shouldn't bother listening to this.  Honestly, I think that album and that sound should be untouched.  It would just get old.  Guilt Show pissed people off, and this album isn't like that one either.  The keyboards were more poppy and sounded like a piano on that album.  On this one the keyboards are much more atmospheric.  I've heard time and again from interviews that the Get Up Kids did not want to stay where they were, and were disgusted by the bands that spawned from them.  Well, this album is a testament to that.  There are more atmospheric ambient songs, more keyboards, and apparently no love songs.  There are also a few fuzzy indie songs in there, the second song sounds like the Strokes.  I had a hard time stating which bands this sounds like, so disregard that if you want.  I think there a couple songs that are going to grow on me, and a few that are just not going to at all.  We'll see.

Email ThisBlogThis!Share to TwitterShare to FacebookShare to Pinterest
Labels: Electronica, Emo, Indie, The Get Up Kids