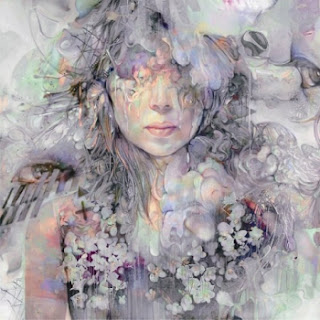 Boris is a band my friend Kenny suggested I follow.  When I saw that the new album "New Album" by Boris had leaked, I initially thought it was either Heavy Rocks or Attention Please, which were announced to be released this spring.  I thought that this was one of those and somebody didn't know which it was.  However, the album art was something I hadn't come across (still really cool-looking).  After a little research, it turns out this is actually called "New Album" and is a planned to be a Japan-only release.  So, I take it they are releasing three albums this spring?  Ridiculous.  This  record features different versions of several tracks and includes the track "Hope" that is set to be on Attention, Please.  A lot of this sounds a lot different from what I have heard from Boris thus far.  I am annoyed that whoever opted to provide this rip decided to erase the japanese titles and replace them each with "japanese title".  Oh well, hopefully some of these songs will be on either Attention Please or Heavy Rocks so they can be identified in the future.

I had also been curious how all of them were doing through all of the stuff going on in Japan, here is what they had to say:

"Boris expresses our condolences to everyone who passed away because of current unexpected earthquake and tsunami disaster in Japan, and also our deepest sympathies for all of the people who have a hard time. Our thoughts and prayers are with them. All Boris members, our families and staff are safe now. Thank you very much for kind words and thoughtful messages. Hope, Boris "